Made from fermented juice of apples and oftentimes cider, Apple Cider Vinegar (ACV) is known for its abundant nutrients. This makes the “Mother” of vinegar the perfect kitchen essential used for a variety of purposes – from salad dressings to healing the common cold.

But aside from its popularly known uses, Apple Cider Vinegar has been recently discovered to naturally control and even cure type 2 diabetes. Curious about how this works? Read on.

According to a report by the International Diabetes Federation (IDF) in 2015, Singapore has the second-highest number of diabetes in developed countries with 541,600 cases in that year itself. Hence, citizens are encouraged to lead a health-conscious lifestyle to avoid such illnesses. An usual yet seemingly effective way is to have ACV intakes. 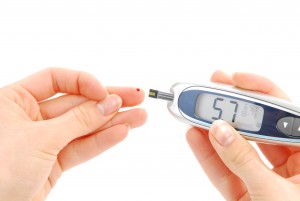 Supported by a 2004 study cited in the American Diabetes Foundation’s publication Diabetes Care, it was found that consuming vinegar prior to meals remarkably increased insulin sensitivity and a lowered insulin and glucose spikes that would normally happen after meals.

The results were quite significant:

How to consume Apple Cider Vinegar to help fight diabetes